Water in Wirikuta – The impact of mining in water resources

Interview with Human Right´s Defender Nataniel Hernández, after his release from custody this 7th of February

Repression and dispossesion: Testimonies of the police assault in Alvaro Obregon in order to imposse the windfarm in San Dionisio del Mar 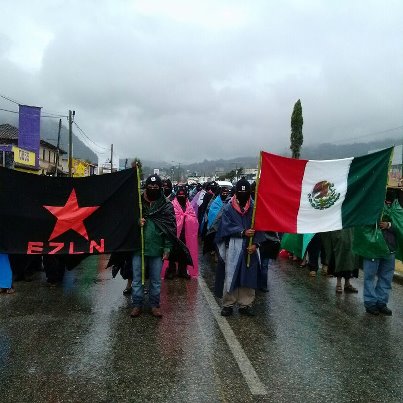 December 21 was the last day of the baktún of the Long Count of the Mayas. We do not know from what hour the thousands of Zapatistas that would occupy the municipal centers of Ocosingo, Palenque, Las Margaritas, Altamirano, and San Cristóbal de las Casas began to arrive. What we do know is that from 8:00 o’clock of the morning, they began to make themselves visible, to carefully occupy their assigned places in files and contingents. In the city of San Cristóbal the contingents went from the recently constructed Soriana to further than one of the entrances to Huitepec on the periphery of the city. Men, women, and children descended from their communities in the midst of tenacious cold and rain that did not cease throughout the entire day. And thus, with numbers embroidered on their balaclavas that marked the contingent to which they belonged and in perfect order, they began to advance once again over the proud Jovel.

The gray, the tempest that awaited them that day do not cease to be symbolic. The world is thus seen, felt these days, particularly the national reality. The return of the PRI to power (which is practically on the three levels in Chiapas), the labor and education reforms, the imminent threat of the dismantling of what remains of the ejido [commons](in the form of reforms to agrarian law presented by Calderón days before finishing his term), repression and criminalization of social protest with the PRI rearmed, and the deepening of the extractive model, read the open plunder of natural resources. So gray and stormy is the panorama. And in the middle of that night there appeared once again the Zapatistas.

In silence, in perfect order, they bore the rain, the cold, and the wind as if their very nature is to resist. They advanced in columns, the rivers of people, of balaclavas, and bandanas. On their passing, came out their sympathizers who have felt themselves called by Zapatism. There were also journalists and tourists as in ‘94. Many businesses closed their doors, such is shameless fear. But there were also those, the lesser in number, that greeted the contingents from the doors of their businesses.

When the columns reached the Plaza de la Resistencia, already a Zapatista brigade had built a simple and small platform. The vanguard that carried the Mexican and Zapatista flags placed themselves as backdrop for what would be a spectacle of dignity. All the columns passed through that platform, all the thousands of Zapatistas who came to San Cristobal climbed and descended with the left fist raised, in the midst of a silence broken only by the noise of their steps on climbing and descending hurriedly. That and from time to time some word from the sympathizers who watched disconcerted asking themselves at what hour would the communiqué so much announced on the Zapatista link be given. Nevertheless, that act was the communiqué: the message strong and wise that not only the General Command of the EZLN (Zapatista Army of National Liberation) but the Zapatista bases of support sent, The EZLN that resists, walks and builds are they who are the collective subject and raise the left fist as if to say: we will not give up, we do not surrender, here we continue.

Through the village streets, to the central plaza continued arriving the Zapatistas hurrying their step to then take their place in an act that seemed many times rehearsed and which nevertheless had not seen the stage until that day. The organizing effort of mobilizing thousands of persons in an act loaded with symbolism and dignity contrasts as never before with the emptiness and cynicism of the acts of the government. The ice rink constructed by the municipal government and which practically occupies half the plaza of the cathedral can also serve as metaphor: extremely costly white elephant built without doubt for tourism with monies from the public funds in a state of bankruptcy, the rink finds itself not only out of context but furthermore is useless. Occupation-usurpation of public space. And what happened during the Zapatista mobilization? There stood the white elephant while the mobilization, the Zapatistas overflowed the streets, the limits: the entire center was taken, occupied.

Little by little, as they had come, the thousands of colors that are the Zapatista peoples went out the city in silence to return to the mountains. They left behind once more the gabble in the midst of the gray that reigns. They fertilized the seed of hope they planted many years ago.

(English translation from the Spanish by © Rafael Jesús González 2012) 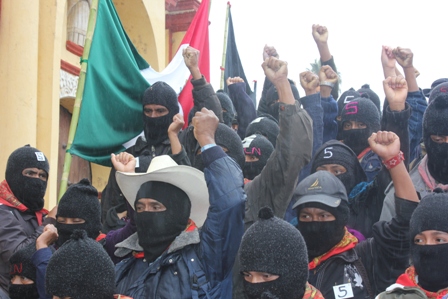 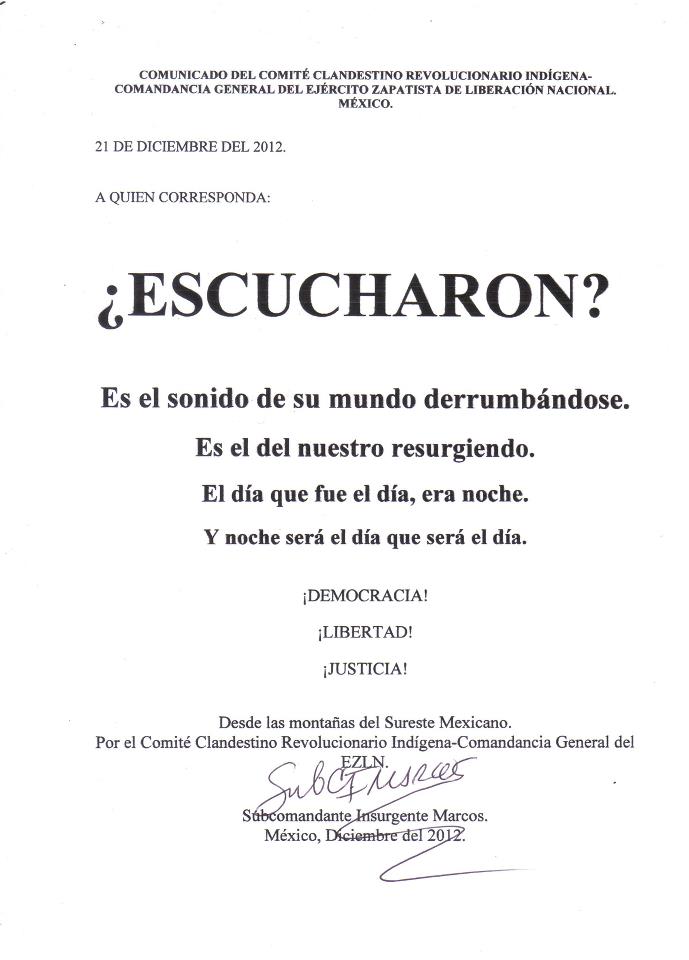 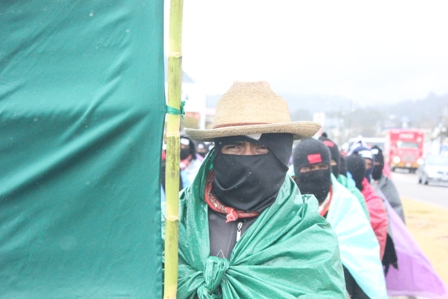 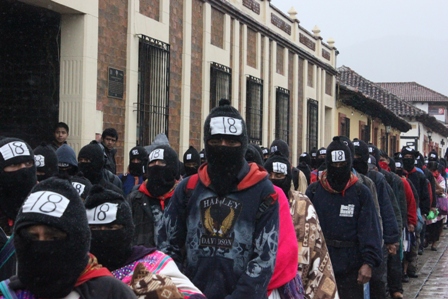 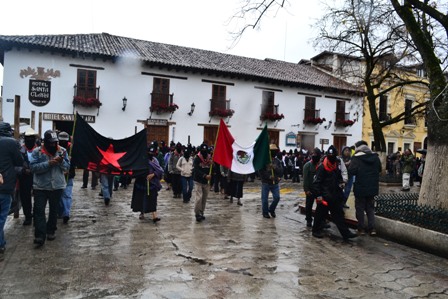 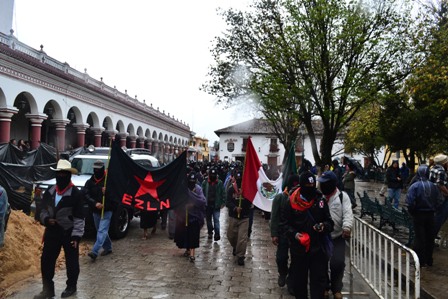 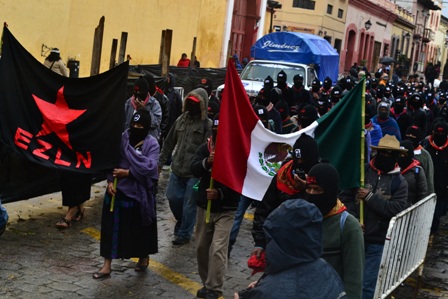 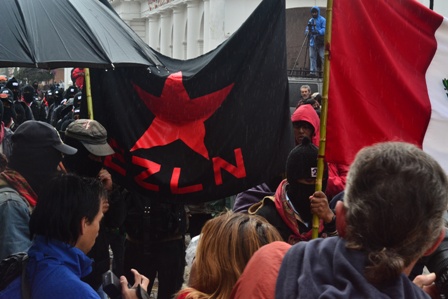 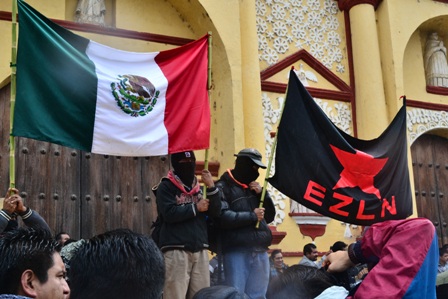