Special documentary, about the Chicano musical movement inspired on Zapatismo. 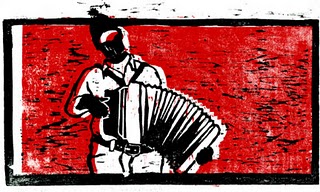 (Also listen to the musical collection Rola la Lucha Zapatista, with over 70 works by musicians from Mexico and the world, as part of the campaign Thousands of Rages, one Heart, in honor of the Zapatista struggle, as well as our musical collection Las voces rebeldes del Otro Lado, Zapatista music made in the USA.)

Every major social movement has its music, its anthems, its songs. Music tells the story of a people, their dreams, their hopes, their vision for a different world. But what happens when the music crosses borders to embrace new cultures?

In the U.S., people of color have been turning more and more to the Zapatismo as a source of hope and as proof that, as the Zapatistas say, a different world is possible.

Rhythms of Zapata is a half-hour documentary on the Chicano-Zapatista movement of East Los Angeles, where a number of Chicano artists inspired by the Zapatistas have been using music to raise awareness in their own communities and to struggle for a better world.