It was 06:59am—Mexico time—on June 20, 2021, when, hazy on the horizon, the Iberian Peninsula became visible from La Montaña. At 09:14:45am, the ship anchored in the Baiona or Bayona Bay, Galicia, Spanish State, Europe. From there, the geography of Portugal is just a stone’s throw away, and a bit to the northeast Vigo is visible. Everyone is healthy. Due to paperwork and other matters, La Montaña and the 421st Squadron will remain here until their tentative disembarkation on Tuesday the 22nd at 17:00—Vigo time and date. The Spanish Civil Guard boarded the ship, took down the crew’s and passenger’s information, checked passports, and carried out a routine check. All is well. Weather conditions: cloudy, light but frequent rain, 15 degrees Celsius.

Shortly after, several sailboats carrying compas from rebellious Europe approached to welcome the ship… or to check if the rumors that run through barrios, mountains, and countryside across the world were true: “the Zapatistas have invaded Europe.”

On land, at the foot of what looks like a lighthouse, another group was shouting something like, “We surrender!”… Nah, just kidding. They were shouting “Long Live Zapata,” “Welcome!” and… well that one is hard to hear. They hold banners and posters. As far as the ship’s passengers can see, there are no obscene signs, which might indicate that we have not been disowned… yet. Some poor disoriented soul carries a sign that reads: “The Rebellious Popcorn Diner. Galician Stew, Idem and Sardine Empanadas. Special discounts for invaders, beetles and cat-dogs” Another sign reads, “Get me out of here!” The most prudent ones use their banners as umbrellas.

The European sky cries, moved. Its tears can’t be distinguished from the ones that moisten the cheeks—weathered by sun, sea, anguish and adrenaline—of the intrepid 421st Squadron. In their step, their gaze, and their heartbeats, the Mayan people—the legend will say—crossed the Atlantic in 50 days and nights, in their long and turbulent journey for life.

It’s cold outside, but inside, in the geography of the heart, something warms the soul. In the mountains of the Mexican southeast, the sun smiles and the first notes of a cumbia emerge joyfully from the sound system.

Of course, the disembarkation, the arrival of the aerial delegation, the organization of the agenda, the meetings, and the celebration of the word are still to be done.

In other words, we’ve only just begun. 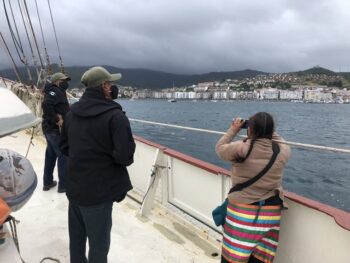 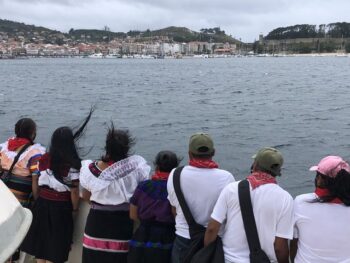 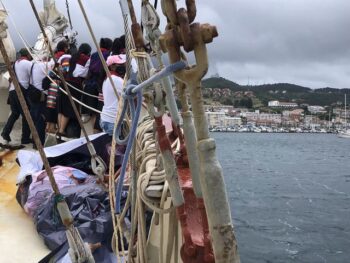 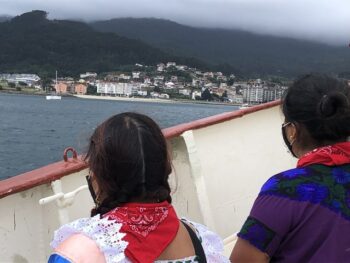 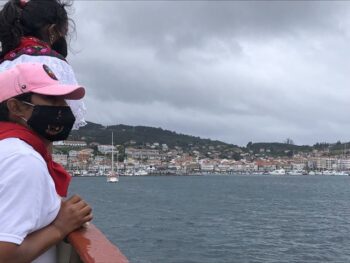 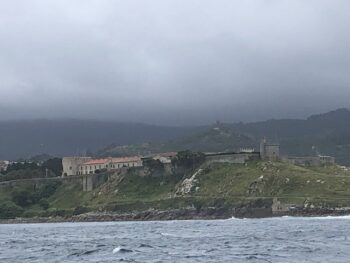 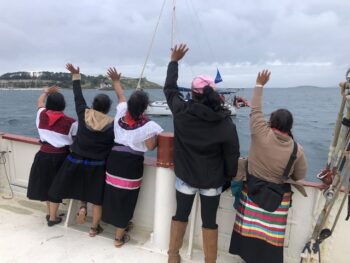 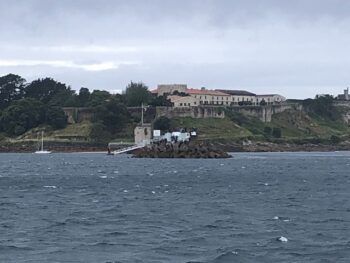 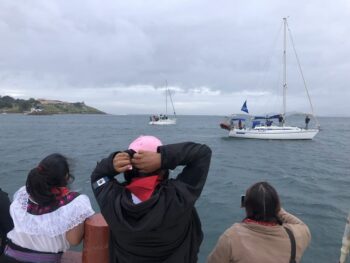 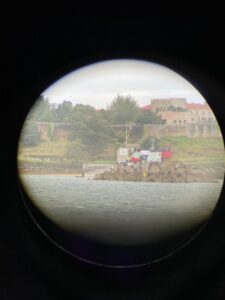