The First of Several

To the Sixth all over the world:

We had told you we wanted to find a way to support you so that you in turn could support the resistance and rebellion of those who are persecuted and separated by walls. Well, we have some small progress to report in that regard.

The first ton of Zapatista coffee is ready for the campaign “In the Face of Capital’s Walls: Resistance, Rebellion, Solidarity, and the Support of those Below and to the Left.”

This first ton was collected through participation from all 5 caracoles, with their Juntas de Buen Gobierno [Good Government Councils], their MAREZ [Zapatista Autonomous Municipalities in Rebellion], and their community collectives, and is now at the CIDECI-UniTierra in San Cristóbal de las Casas, Chiapas, rebellious Mexico.

This Zapatistas coffee is even more delicious if you drink it in the struggle. We’re including here below a short video that the Tercios Compas [Zapatista media] made where you can see the whole process, from the coffee field to the warehouse.

We are also categorizing and packaging the art works made by Zapatistas for the last CompArte, which we will also send to you to support your activities.

We hope we can give these things to you during the April event so that you can transport them to the different corners of the world where the Sixth exists, that is, where there is resistance and rebellion.

We hope that with this first bit of support you can begin or continue your work in support of all those who are persecuted and discriminated against throughout the world.

Perhaps you are asking yourselves how you’re going to get this stuff to your corners of the earth. Well, via the same method it was produced—through organization.

That is, we are asking you not only to organize yourselves on this matter, but also and above all to carry out activities in support of all those people who are today pursued and persecuted simply because of the color of their skin, their culture, their faith, their origin, their history, their life.

And that’s not all: remember that we must resist, we must rebel, we must struggle, we must organize.

Oh, and we asked how to say this message we wanted to communicate, in a way it will be understood:

(and while we’re at it, all the rest of them too—that is, the Peña Nietos, the Macris, the Temers, the Rajoys, the Putins, the Merkels, the Mays, the Le Pens, the Berlusconis, the Jinpings, the Netanyahus, the al-Ásads, and go ahead and add whatever name they give that wall that will have to be knocked down, and knocked down in such a way that all the walls get the message).

Here is the video by the Tercios Compas that accompanies the communique. The soundtrack is “Somos sur,” lyrics and music by Ana Tijoux, accompanied by Shadia Mansour. 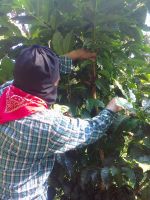