Night of pain, night of rage 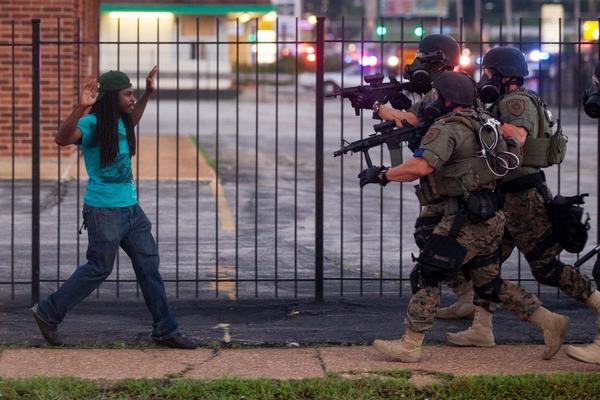 Once again, a Black unarmed youth has been killed by a cop.

And while the facts surrounding the shooting are presently unclear, what is clear is that a cop shot 18 year old Michael Brown 8 times.

According to at least one eyewitness, Brown was shot as he stood with his hands up in the air.

To anyone who knows American history, this is not a rarity.

It is the result of a systematic function of police across the country, to repress, track and target the nation’s Black population.

That has been the case for generations.

We shall see voices trotted out to call for calm, as outrage arises in Black hearts in response to outrageous treatment. Never do those calling for calm become voices calling for true justice, for justice is equality; and who dare demand that cops be treated like the people that they oppress?

For they have no influence over the repressive forces, and in fact, no political office in America does. They have been bought off, paid off – or both.

Listen to the voices of ‘Black’ politicians.

Indeed, listen to the voices of white politicians.

Listen to the raging silence.

Needed in the suburbs of St. Louis, Missouri – and in every Black community in America – are independent, and uncompromising Black revolutionary collectives – determined to protect the lives and wellbeing of Black people –period.

Existing political structures – silent in the face of these outrages –have failed us, and cannot be made to serve our interests.

It’s time to learn from this, and build for our future necessities.