Dozens gathered in NYC’s Union Square yesterday, Sunday May 18, 2014 to join international expressions of solidarity with the Zapatistas and to denounce violence against their communities. A silent protest began at 3pm. At 3:45 those gathered formed a “caracol” to evoke the Zapatista caracol of La Realidad where recent attacks against the communities were centered. Members of the protest were invited to address a nearby Occupy protest in solidarity with Cecily McMillan. An injustice against one is an injustice against all. 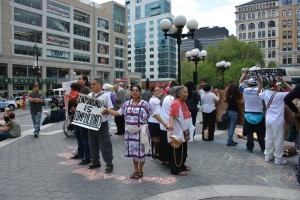 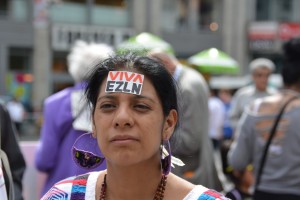 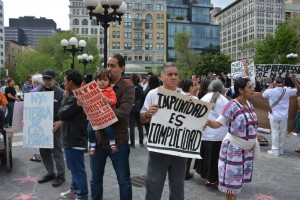 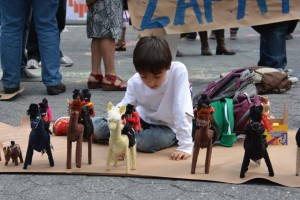 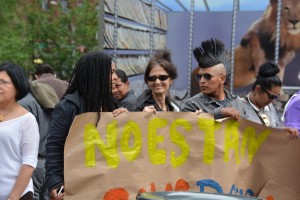 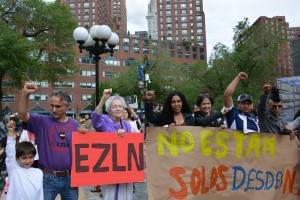 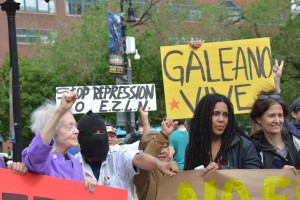 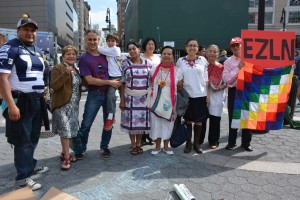 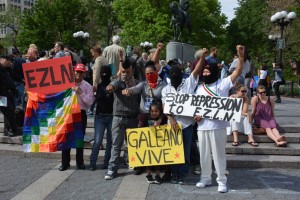