Interviews during the International Human Rights Forum “From Memory to Hope” 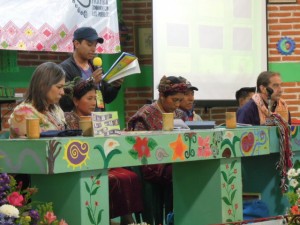 María Zedillo and Magdalena Ceto – Ixil women from Guatemala, survivors of the genocide, speak about women’s courage during the trials against the dictator Efraín Ríos Montt.

Carlos Martín Beristain -Doctor in psychology and activist working with attention to victims, mental health and human rights in several countries. In the interview, he speaks of his talk on memory with victims and survivors.

Listen to all the Forum’s audios here.