Captain Ludwig, doing his due diligence in thinking of his passengers, recommended we set sail the afternoon of May 2. The storm surge forecast for May 3 was going to make the novice sailors suffer more than enough, which is why the captain proposed moving the departure up to 16:00hrs on May 2.

Subcomandante Insurgente Moisés listened attentively and agreed. Now that it’s fashionable to use the word “historic” for practically anything, and given that this is the first time ever that Zapatismo has carried out something we planned ahead of schedule (usually we get hung up and start late), we can say that this is a historic moment for Zapatismo.

May 3, pre-dawn. At 01:42 at a velocity of 8 knots, La Montaña approaches the Cuban coast near Cape San Antonio. At 8:18:00, a few miles to the south of the Roncali Lighthouse, the ship turns southeast at 5 knots. At 10:35:30 it turns to the north-northeast, speeding up to 7-8 knots, and gusts of wind damage the sails. A few miles southeast of Cabo Corrientes, the captain decides to enter the Bay of the same name. At 13:55 it nears Punta Caimán on its left. On May 3 at 14:25:15, the Captain decides to drop anchor off the coast of the Cuban town “María la Gorda” (latitude 21.8225; longitude 84.4987) in order to repair the damaged sail and wait for the wind to die down.

At 00:16:15 on May 5, La Montaña is traveling at 7-8 knots. At 04:56:30, with Cayo Real and Cayo del Perro at its north, the motorized sailboat turns south-southeast. With the west coast of Isla de la Juventud in front of it, La Montaña draws two successive “Z’s” and by 12:07:00 it is sailing parallel to the south coast of the island, headed east at 5 knots. The last report received was from May 5 at 23:16:45, with La Montaña traveling east at 6-7 knots toward the Cuban port city of Cienfuegos, aiming to arrive there sometime on May 6.

La Montaña is scheduled to dock for several days at Cienfuegos before continuing its journey. The entirety of the 421st Squadron is reported to be well and adapting to the conditions, with no vomiting and only mild seasickness.

Report sent by a being with an extraordinary resemblance to a beetle who is traveling as a stowaway on La Montaña. The crew has tried everything to catch him but with no success. Even when they’ve been able to corner him the little bug bewitches them with stories and legends about terrible and marvelous things, events from the past and those yet to come. By the time the crew comes out of its trance, the beetle has returned to the crow’s nest of the ship from which he recites poems in various languages, shouts threats and curses, and challenges the Hydra with a toothpick as his spear and a plastic jar lid as his shield. He narrates the following:

“La Montaña appears not so much to sail but to dance upon the sea. Like a long and passionate kiss, it departs the port toward an uncertain destiny full of challenges, threats and more than a few setbacks.

The journey sets off accompanied by a cumbia that marks its pace and distance. An astonished sun pauses its own journey to get a better look at the movement of the hips convoked by the rhythm. The moon, pale with envy and rage, stumbles in its rise as the palms wave a last, sensual farewell.

A lascivious wind, satyr of clouds and wind gusts, pursues La Montaña, captivated by the swinging of its stern. The cumbia does nothing to allay the wind’s longing and desire, its rhythm encouraging them to grow and intensify. Clumsy and hurriedly, like a novice lover bristling with carnal desire, the wind dares to touch, ripping the sails, swarthy from salt and water, which protect the ship’s precious cargo.

The chaste Montaña looks for a safe and discreet place to mend its clothes, reflecting: ‘The wind has to learn that longing and lust must be mutual or they resemble robbery rather than love, as it’s called.’

Clothing properly arranged, La Montaña reiniciates her journey and mission, though not without a reprimand to the breeze which, ashamed, now follows her with bashful discretion but, with seaborn stubbornness, showers her with compliments:

‘Don’t be so shy,’ it begs her. ‘Let thy sails fall and reveal thy nakedness, although thy light hurts the eye. Nudity is no sin if covered by another nudity,’ the wind argues.

La Montaña, dignified and haughty, does not give an inch, rejecting the wind with firm tenderness: “Not even if I’m resting at port and if at port I am restored.” It gestures with its prow and says, “Look out there at that other island that we can just barely make out and which goes by the name of Cuba. From this Montaña, anachronistic beings whose present challenge is their oceanic journey greet the mountains there.

Irritated, the ship scolds the impertinent wind, telling it to quit poking around her skirts, that to unleash desire sometimes a gaze is enough. The wind demurs but continues to sigh profusely, though less so as the ship advances.

La Montaña thus continues its voyage, with the wind at its back promising new dawn.

To the east, anticipation grows and with it, hope.

Signed, Don Durito of the Lacandón Jungle, a.k.a. “Black Shield,” aka “Durito,” a.k.a. “Nebuchadnezzar,” a.k.a. “Impertinent Beetle,” a.k.a. “Righter of Wrongs,” a.k.a. “the great one, great as in big, giant, marvelous, superlative, hyper-mega-plus, supercalifragilisticexpialidocious, the one, the only, the unmatched, him. HIM: Don Durito of the Lacandón Jungle! a.k.a. (followed by a few more encyclopedic entries attributed to “the greatest of all knight-errants,” the majority of which were written by the speaker).

There’s a P.S. at the end from the late SupMarcos: “Hope is like a cookie: it’s worth nothing if you don’t have it inside you.”

I, for my part, distance myself from all of the above. Especially that part from the beetle.

All right then. Cheers and may both the vessel and the wind cooperate with the mission.

El SupGaleano dancing cumbia as if he were navigating it.
Planet Earth
May of 2021 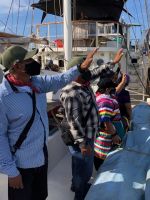 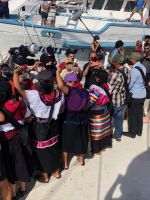 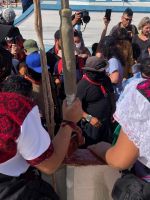 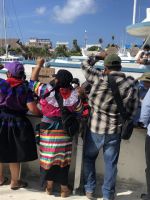 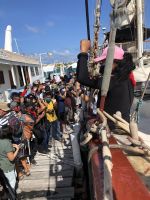 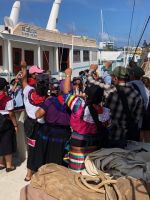 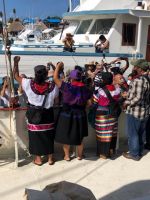 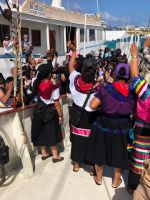 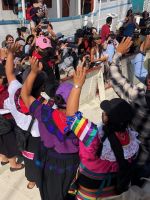 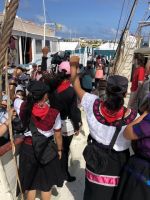 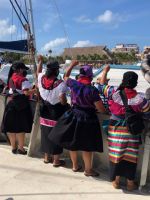 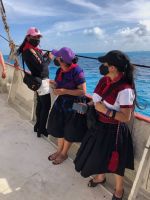 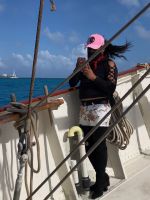 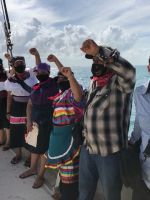 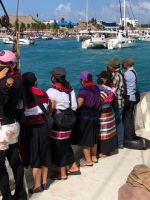 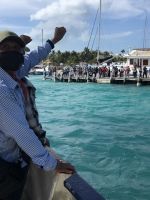 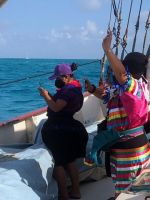 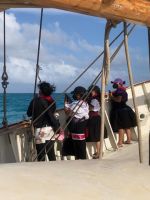 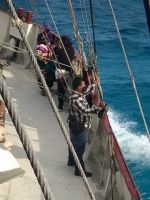 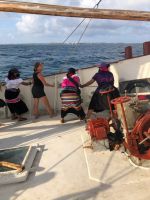 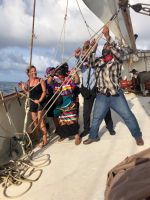 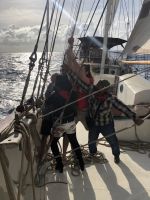 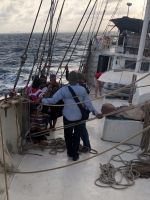