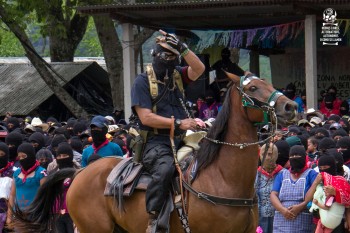 Here’s the doubt: what would be the most appropriate comparison for that sad and mediocre overseer who aspires to be a policeman?

We think that, given his thirst for blood and his cowardice, the latter fits him best.

And, just like in the television series “Game of Thrones,” where Ramsay Bolton is devoured by the dogs that he before used to attack others, the paid media that have used Nuño to slander, threaten, and attack the teachers in resistance and the communities and organizations in solidarity, will feed on him when he falls.

It could very well be said to him tomorrow: