Joint Declaration from the National Indigenous Congress and the EZLN on the Cowardly Attack by Government forces against the Ñatho Indigenous Community of San Francisco Xochicuautla on November 3, 2014

Today once again, our brothers and sisters of the Ñatho Indigenous Community of San Francisco Xochicuautla have defended their territory against the destruction and voracious ambition of those above who want to impose their highway project at any cost and in violation of Mexican and international law.

END_OF_DOCUMENT_TOKEN_TO_BE_REPLACED

Once more we express our pain and rage as the peoples in rebellion and resistance who make up the National Indigenous Congress. We unite our voices, our rage, and our pain in response to what is happening in the Ñatho Indigenous Community of San Francisco Xochicuautla and to the members of the Yaqui Tribe who are defending their water source.

Our brothers and sisters of Xochicuautla have defended their forests against the construction of the private highway between Toluca and Naucalpan, because they know that life itself emerges from these trees, mountains, and waters. They were granted legal protection prohibiting this work on communal lands, but since October 8 of this year, workers from the construction company under the protection of public “Citizen Security” Forces of the State of Mexico have been invading their lands and cutting down hundreds of trees. The bad government doesn’t care if we below use their laws to defend ourselves; they break those laws themselves in order to destroy us. They made them for the same reason.

END_OF_DOCUMENT_TOKEN_TO_BE_REPLACED 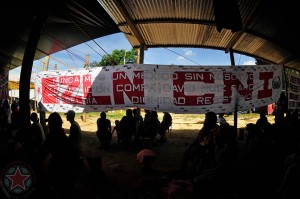 END_OF_DOCUMENT_TOKEN_TO_BE_REPLACED

[VIDEOS] Closure of the Exchange between the CNI and the EZLN 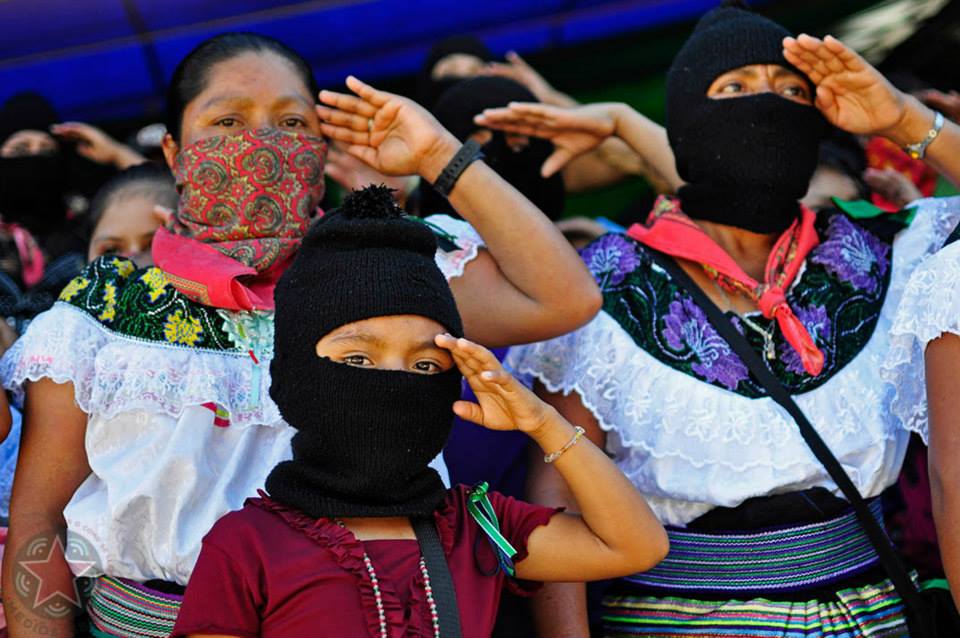 Videos by Free, Autonomous, Alternative Media or whatever they’re called, from the Caracol 1 of the EZLN. La Realidad, Chiapas. (Listen to the audios or read the declarations here.)

END_OF_DOCUMENT_TOKEN_TO_BE_REPLACED

FIRST DECLARATION of the CNI-EZLN Exchange: on REPRESSION against our peoples 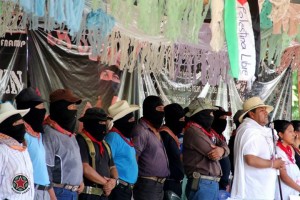 CNI – EZLN: We do not forget our dead, imprisoned, and disappeared.

The war against our indigenous peoples has gone on for more than 520 years. Capitalism was born of the blood of our peoples and the millions of our brothers and sisters who died during the European invasion. We must also add those who died in the wars of independence and reform, with the imposition of liberal laws, during the rule of Porfirio Diaz, and in the revolution.