II.- The Machine in almost 2 pages.

It’s marvelous, very “cool,” if you get what I’m saying. It’s called “neoliberal globalization version 6.6.6,” but we prefer to just call it “the savage” or “the beast.” Yes, it’s an aggressive nickname, but it shows initiative, very grrrr. That’s what I learned in my self-help class, “How to sell a nightmare,” … but let’s get back to the machine. Its operation is very simple. It’s self-sufficient (or “sustainable,” as they say). It produces, yes, exorbitant profits… What? Invest part to those profits in easing hunger, unemployment, lack of education? But it is precisely those aspects of lack that make this precious thing go! Quite something, eh? A machine that produces its product and at the same time the combustible it needs to keep running: poverty and unemployment.

Of course, it also produces merchandise, but not just that. Look: let’s suppose that it produces something totally useless, something nobody needs, something without a market. Okay then, this marvelous thing not only produces useless stuff, it also creates a market where this uselessness becomes articles of basic necessity. The crisis? Yes of course, just push this button here, no not that one, that’s the “ejection” button…the other one… yes. Okay, so you push that button and “boom!” There you have it, the crisis that you need, all-inclusive, with its millions of unemployed, its anti-riot tanks, its financial speculations, its droughts, its famines, its deforestations, its wars, its apocalyptic religions, its supreme saviors, its jails and cemeteries (for those that don’t follow the supreme saviors), its fiscal paradises, its poverty-assistance programs with musical themes and choreography included… of course, a little charity is always looked upon in a positive light.

But that’s not all, now if you’ll allow me, let me show you this demo. When you put it into the mode “destruction/ depopulation- reconstruction/repopulation,” it does miracles. Watch this example: you see those forests? No, don’t worry about those indigenous peoples… yes they are Mapuche, but they could be Yaquis, Mayos, Nahuas, Purépechas, Maya, Guaranís, Aymarás, Quechúas. So, push that button “play” and you’ll see how the forests disappear (also the indigenous, but they never matter), now see how everything becomes a wasteland, wait… there the machines are arriving, and voilá! There you have the golf course you’ve always dreamed of, with an exclusive residential development with all the amenities. Ah, marvelous, is it not?

It also comes with software that is the latest of the latest. You can click here, where it says “filter,” and on your TV, radio, newspapers, magazines, facebook, twitter, and youtube, only psalms and praises for you and those close to you appear. Yes, it eliminates any comment, writing, image, noise, or any bad vibe that those anonymous proletarians habitually post, so dirty, ugly, bad… and rude as they tend to be.

It runs with a floor mounted stick shift (although you can also switch into automatic pilot with just a click); heliport; no, no airline ticket, because in the end there’s nowhere to escape to, but there is a place available in the next space shuttle scheduled for takeoff; it also has a super-hyper-mega-exclusive “mall”; golf course; home bar; yacht club; Harvard diploma already framed; summer house; ice skating rink… yes, I know, what would we do without the modern left and its fancy ideas? Ah, and with this new wonder you could be in “real time” and simultaneously in any part of the planet, it’s as if you had your own, exclusive global ATM.

Hmm… yes, it includes a papal bull [official communication from the pope] to guarantee you a V.I.P. spot in heaven. Yes, I know, but we are now working in this field of immortality. Meanwhile, we can install as an accessory (for an additional cost, of course, but I’m sure that won’t be a problem for someone like you): a panic room! Yes, you know it’s just like those vandals to come demand what’s theirs with all that about “the land belongs to those who work it.” Oh, but no need to worry. That’s why we have governors, political parties, new religions, and “reality shows.” But of course, it’s a supposition,[i] and if these fail at some point? No matter, in questions of security no cost is too high. Yes of course, I’ve noted it, “include Panic Room.”

It also includes a TV studio, a radio studio and a desk for editing. No, don’t get me wrong. They aren’t for watching television or listening to the radio or reading newspapers and magazines, all this is for those lowly bastards. It’s to produce information and entertainment for those [poor swine] who make the machine run. Brilliant, is it not?

What? Oh…well…yes… I’m afraid that small problem has not been solved by our specialists. Yes, if the raw material, that is, if the plebian masses rebel there really isn’t anything to do. Yes, it could be that even the “panic room” is useless in that case. But there’s no reason to be pessimistic, you should assume that day… or night… is very far away. Why yes, this new age optimism I also learned in my self-help class. Eh? What? I’m fired?

From whatever corner, in whichever of the worlds.

See and listen to the video that accompanies this text:

…………………
[i] This is a play on words. The original is “supositorio,” which means “suppository,” but sounds similar to “suposición” which means supposition or presumption. 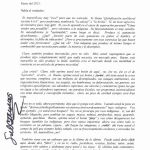 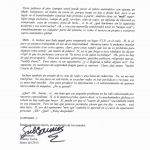