The National Indigenous Congress (CNI) and its Indigenous Governing Council (CIG) denounced yesterday the forceful disappearance of Nahua CIG councilmember José lucio Bartolo Faustino and CNI delegate Modesto Verales Sebastián in the state of Guerrero. Both had traveled to the city of Chilpancingo to attend a meeting with other members of CIPOG-EZ, organization to which both of them belong. On their way back to their community, they were ambushed and kidnapped. The CNI reports that the vehicle in which they traveled was found with gun shots and that they are currently organizing search brigades. They also report that in recent times the communities that elected them have been under attack by criminal organizations tollerated by the municipal, state, and federal governments. 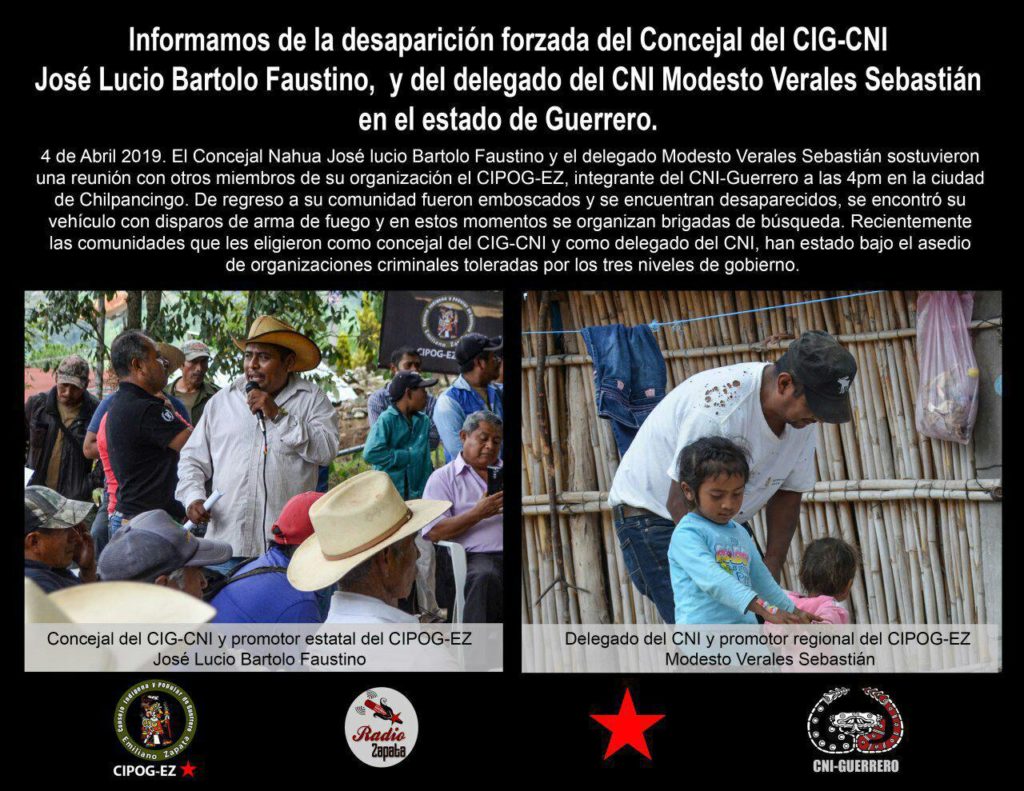