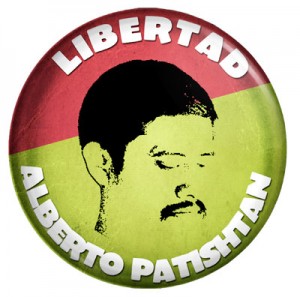 Risk of forced displacement of BAEZLN in San Marcos Avilés

According to information documented by this Human Rights Centre, there exists an imminent risk in San Marcos Avilés ejido, municipality of Chilón, that for the second time a forced displacement of the support bases of the Zapatista Army of National Liberation (BAEZLN) may be carried out by inhabitants of the same ejido who are affiliated to the Institutional Revolutionary Party (PRI), the Party of the Democratic Revolution (PRD), and the Green Party of Mexico (PVEM).

On February 19, 2013, 11 people from the community ejido authorities and the police of the community arrived and aggressively delivered a letter to the BAEZLN demanding payment of local tax.

The BAEZLN stated the arguments and reasons which they have had since the start of the armed uprising in 1994 not to participate in any area of ​​the state and federal government saying:

[…] We have suffered much from all these aggressions by groups of party supporters and the government has done nothing. Now is not the time to pay, because we are in resistance and we demand respect for our right to our land; if we do not receive anything from the government, we will not pay taxes.

The response from the ejidal authorities was that:

[…] You have to pay because it is an order from the Municipal President and an order from the Treasury. If you do not pay, you will be displaced. We ourselves will arrest you and take you to the authorities. We are going to cut your light and water […]

Following this, on 20 February 2013, the party supporters met to agree actions against the BAEZLN, at this meeting, according to witnesses, they made an act of agreement whereby they decided to seek ways to displace them, as well as communicating and having discussions with the municipal and state governments to seek strategies for the eviction of the “Zapatistas” within the community.

On February 21, 2013, the party supporters left the community of San Marcos Avilés very early, in order to fulfil the act of agreement signed the previous day. In order to do so, they sought to speak to the Municipal President and the Agrarian Prosecutor in Ocosingo to activate the eviction, also sending letters to the municipal, state and federal governments.

For this, according to the testimony of the BAEZLN, the same authorities mentioned previously told them that they sought to talk to the Municipal President of Chilón and the Agrarian Prosecutor in Ocosingo with the aim of asking for an order to evict the BAEZLN. The same day, February 21, at around 21:00, the inhabitants of the ejido threatened the BAEZLN, saying that the Mayor of Chilón had ordered the eviction and that, on Monday 25 February, the authorities of the ejido would seek the intervention of the state government in Tuxtla Gutierrez. This information was received by the BAEZLN without knowing whether it was true, or if it was a threat from the party supporters of the ejido.

This Centre for Human Rights expresses its concerns about the imminent risk to life, personal integrity and security faced by the BAEZLN, inhabitants of the ejido San Marcos Avilés, stemming from the death threats and harassment which have increased during recent weeks; in addition to their forced displacement and dispossession from their lands, which are their means of subsistence, and which they have not been able to work since April 9, 2010, a situation that has led to a food crisis and constant threats against their process of autonomy.

We point out the responsibility of the government of Chiapas who, by deliberate omission, have not acted to ensure the integrity and personal security of the BAEZLN and their access to the land despite various interventions submitted by the Centre for Human Rights;

Therefore we demand that the Mexican government to take the necessary measures to:

· protect and guarantee the life, integrity and personal security of the BAEZLN

· Respect and guarantee the process of building autonomy, under the right to the self-determination of peoples, established under the Convention (No. 169) concerning Indigenous and Tribal Peoples in Independent Countries, and the United Nations Declaration on the Rights of Indigenous Peoples, as well as in the San Andres Accords.

· Investigation and punishment of those responsible for the forced displacement, dispossession, threats and harassment of the BAEZLN.

On 9 September 2010, this Human Rights Centre received a denuncia from the Good Government Junta Central Heart of the Zapatistas before the World, from Caracol 2 Resistance and Rebellion for Humanity, based in Oventic, San Andrés Sakamch´en de Los Pobres, Chiapas, in relation to the threats, harassment and forced displacement suffered by 170 men, women and children of the BAEZLN from the ejido San Marcos Avilés, Chilón municipality, Chiapas; this followed the building by the BAEZLN, in the month of August 2010, of the first autonomous school in the ejido, for the start of the planned activities of the Zapatista Rebel Autonomous Education System.

That day, 30 people from the ejido San Marcos Avilés, all of whom were affiliated with the PRI, PRD and PVEM, and who were headed by Mr. Lorenzo Ruiz Gómez and Vicente Ruiz López, entered violently, with sticks, machetes and guns, into the homes of members of the BAEZLN, and tried to rape two women who escaped. In order not to respond to this aggression, the BAEZLN left their homes seeking refuge in the woods and mountains. After 33 days of forced displacement without food or any form of protection, on October 12, 2010, 27 BAEZLN families (women, men, boys and girls, in total 170 individuals) returned to their community. They are currently still living in a precarious situation where they remain displaced from their subsistence lands, and under constant threats to their personal safety and integrity.

Send a copy to:

Alberto Patisthán denounces: His health deteriorates, fears for his life

From prison, Alberto Patisthán denounces that he has felt strong pains in the chest and fears for his life; although they took him to the hospital, the lack of good medical attention and all he has suffered with his eyesight leads him to fear something may happen to him.

In this audio, another intern reads the denunciation, since Alberto has lost his eyesight, he is now blind:

END_OF_DOCUMENT_TOKEN_TO_BE_REPLACED 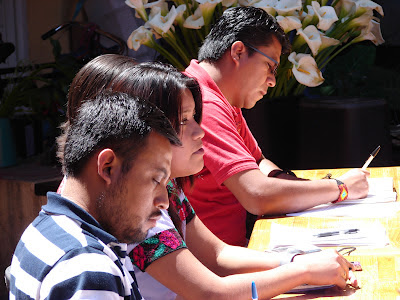